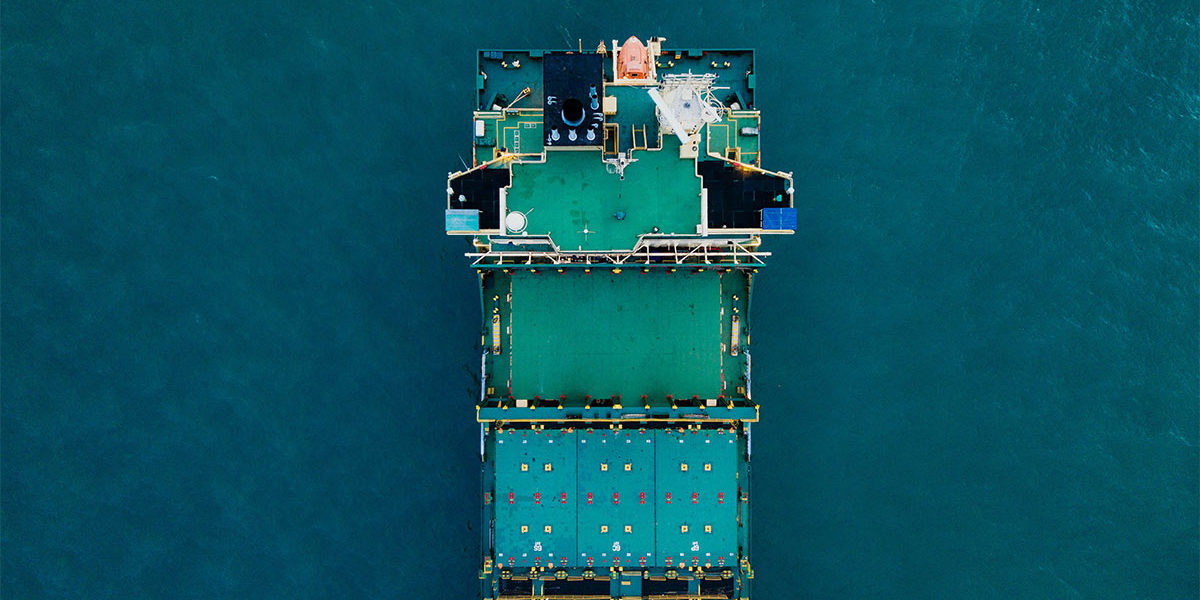 The answer briefly is : Not in isolation of other critical factors.

There are flocks of well meaning local politicians in ocean communities with deep water access that dream they can be the next super port and generate significant local economic activity. Many of them will employ expensive consultants who will confirm that if they can attract big ships, the path ahead is paved with gold. Those consultants will stay focused on size alone and try to ride the wave as long as possible without getting down to the hardcore viability for a carrier.

What makes a port gateway ( an overused term but one that importantly conveys the fact that a port is only part of the intermodal process ) successful is its ability to access end markets cost effectively and with competitive and consistent service levels.

Given that many of those end markets may not be close to a port with deep water access, the carrier will look at its ship system cost + its inland cost/service to market to determine the relative competitiveness/effectiveness of a gateway. If the ship system cost is low because a port allows large ships but the inland cost to market is ultra high and the transit time to market long, the chances are that the port will not be competitive into that market.

Taking some Canadian examples we see two ports that at first glance may not be consider prime gateways but are highly successful in attracting the world’s biggest carriers and building their business :

Montreal : Montreal is a river port and whilst this restricts the size of ship it can take it remains a high growth gateway. There are two core reasons :

(i) Ship system cost is still very competive because Montreal is rare amongst major ports in having full discharge and load of the ship thus allowing carriers to employ ship systems with less assets deployed and less port call and fuel costs than ship systems covering Halifax and the USEC.

(ii) Montreal has superb inland connections at very competitive cost. Quebec by truck obviously but through CN and CPR it is a very cost effective and fast gateway for Ontario, Western Canada and the Mid West .

This combination made it one of the fastest growing ports in North America last year.

Prince Rupert : The location of Prince Rupert and its lack of a local market would initially suggest it as an unlikely candidate to be a major west coast port. It has grown by leaps and bounds for two prime reasons versus competitors that are taking similar sized ships :

(ii) With its key partner CN it has a built a highly competive ( price and service ) product into the Mid West and Eastern Canada.

Neither of these ports will ever be megaports of the Rotterdam/Antwerp type but both continue to move ahead strongly for reasons other than the ship size they can take.

There are similar examples all over the globe of regional ports being very successful with obtaining calls on deep sea services because access to market is more cost/service effective.

Does taking a bigger size ship help ? The answer is yes but not in isolation of other crucial intermodal system cost/service factors.

Can new ports take share ? The answer in a nutshell is only if their total model hangs together for the carrier on ship system cost, port cost/service and inland cost/service to market. There are many pretender ports out there ( and many consultants to encourage them ) but few that can tick all the carriers boxes.

Category: in the mediaBy Jeremy MastersMarch 14, 2019
Tags: Maritime
Share this article
Share with FacebookShare with TwitterShare with Google+Share with LinkedIn